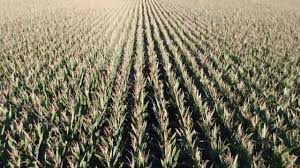 Chatfield trucking company owner, Bill Funk, is doing what he can to aid the state of Nebraska in confronting the flooding that has plagued the area this spring. After a brutal winter of record snowfall, the spring thaw came way too fast. Consequently, whole state is dealing with constant flooding.

The flooding has been particularly damaging to farmers and ranchers. The flooding has wiped out grazing lands as well as separated cattle herds. In fact, some of the ranchers can only located a dozen or more of their herd. Sadly, they are finding many of them dead. The flooding has also knocked down fences causing even more headaches for ranchers and farmers.

Funk is now packing up a truck full with fencing materials like barbed wire, posts, electrical wire, and he’s also added water. Funk was going to help out in the initial weeks of the flooding but ultimately could not. He speculates that the supplies he’s packing to help with the damaged farms and ranches totals well over $15,000.

In particular, Funk is going to deliver the relief materials to Shulyer, Nebraska at the end of the month. This town is 35 miles west of Fremont. According to Funk, there’s an old city warehouse that they’re letting the churches use to gather all the donated materials. Funk maintains that the actual devastation is much more severe than what national news coverage is showing. He points to the fact that Nebraskans have shown him footage of trees with dead cattle in them.

Ultimately, for Funk, lending his hand to the effort isn’t just a nice gesture, it’s the only right thing to do. He isn’t the only one as the entire state has rallied to help each other during this difficult time.

Omaha Drivers Ranked the Worst Ones in the U.S.

Why is Shipping My Oversized Vehicle so hard?