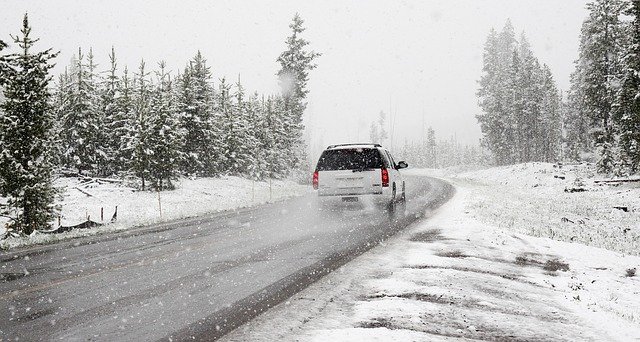 OMAHA, NE – As snow moves into the metro area, the Omaha Police Department continues to warn motorists of the potential dangers. Additionally, because of the winter weather, police went on accident alert around 8:15 Monday morning.

Furthermore, police are asking drivers who are involved in noninjury crashes to document damages with photos. In addition to this, drivers should pull their vehicles over to a safe area before exchanging insurance information. As a result of the snow and inclement weather, several pileups in the metro area have been reported.

According to one onlooker’s photo, there was a seven-car pileup in the area of 42nd and Dodge streets.

Moreover, in the area of 60th and Center streets, another video captured a trooper crashing into a pileup.

Therefore, crews were called in around 4 a.m. to treat the roads, as reported by the Nebraska Department of Transportation. However, because of the low temperatures, they will have to treat the roads again today.

Importantly, snow at 7:00 in the morning isn’t ideal as it is during the rush hour commute. Officials called it a “mini blizzard.”

Nevertheless, the city is still under a snow and wind advisory. Currently, wind speeds are around 45 mph at times.

Apart from this, around 7 a.m. snow began to move into the metro area, and subsequently conditions got worse. It should be noted that snow combined with high winds causes reduced visibility. As a result, the roads were covered, and visibility was decreased under ¼ mile at times.

According to officials, the snow in Omaha will end a little after 9 a.m. Additionally, it will accumulate between ½”-1.” However, high winds and extremely cold temperatures are expected to continue throughout the day. Temperatures will range from the teens and low 20s, while wind chills may reach below zero.