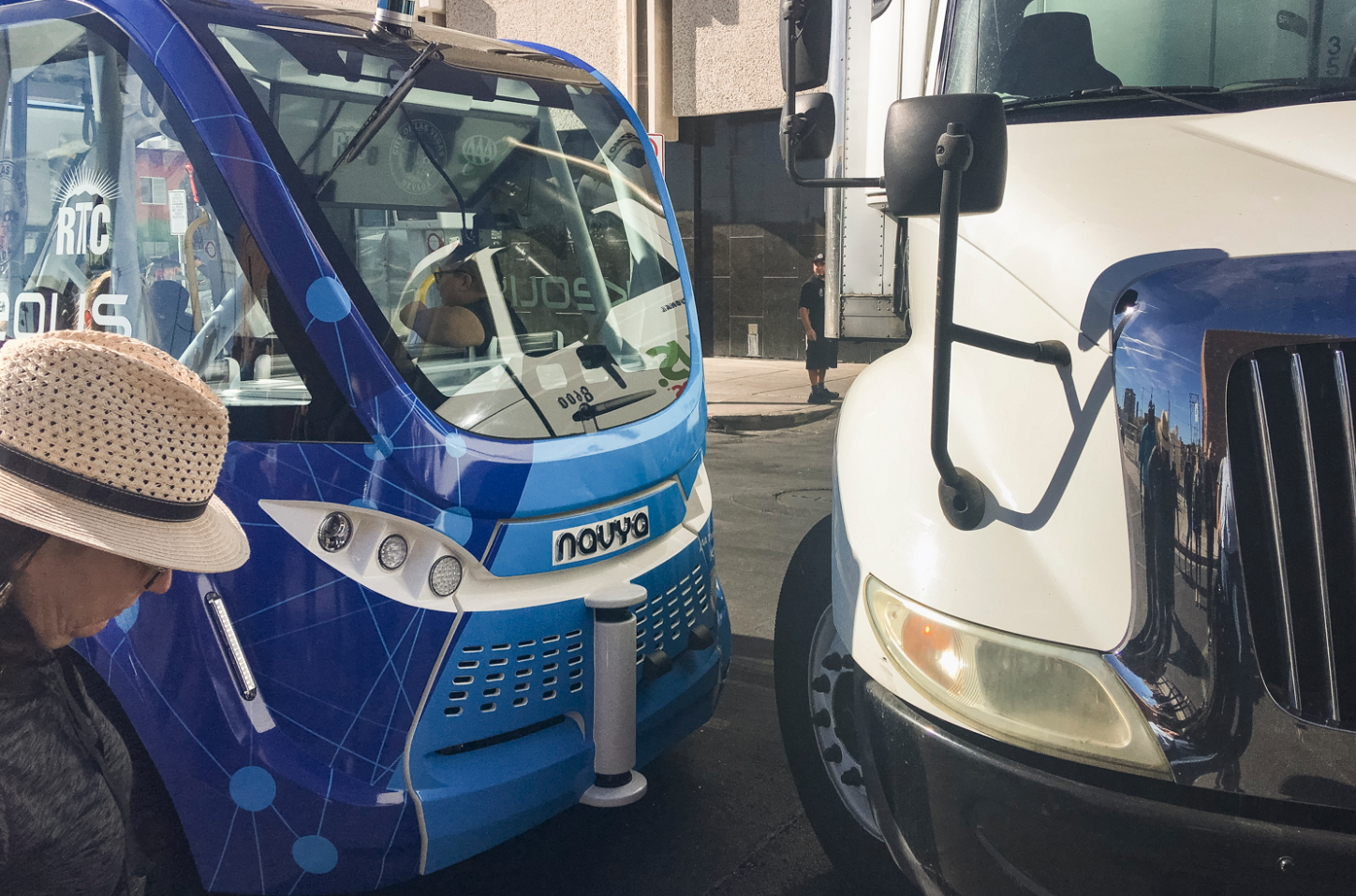 LAS VEGAS, Nevada — Las Vegas’ self-driving bus service marked its return by getting into a minor collision, according to local NBC station.

French startup Navya’s autonomous electric vehicle shuffles at around 15 MPH on a 0.6-mile circuit in the downtown Fremont East district. But, just an hour into its year-long trial (which follows a successful stint in January), disaster struck. A delivery truck that was backing up hit the shuttle.

None of the 8 passengers aboard the driverless vehicle suffered injuries and neither did the truck driver. Instead, the front bumper of the shuttle took the pressure of the damage.

A representative of the Las Vegas City government also posted a note on its official Tumblr page detailing the accident. “The autonomous shuttle was testing today when it was grazed by a delivery truck downtown,” reads the post. It continued: “The shuttle did what it was supposed to do, in that its sensors registered the truck and the shuttle stopped to avoid the accident. Unfortunately, the delivery truck did not stop and grazed the front fender of the shuttle.”

The trial will continue. However, this incident will do little to ease the concerns of those skeptical about self-driving cars. The free autonomous shuttle service was the first of its kind in the US.

Many people have huge concerns about the idea of self-driving vehicles of any kind. From individual self-driving cars to ambitious autonomous semi-trucks, there are a lot of major issues to think about. For example, who is responsible in case of an accident? What level of risk is acceptable for self-driving vehicles? Will vehicles that human beings drive become illegal some day as the technology gets better and better? These and many other questions are some of the interesting moral and ethical issues that we’ll face soon.

Standoff Situation in the Omaha Neighborhood