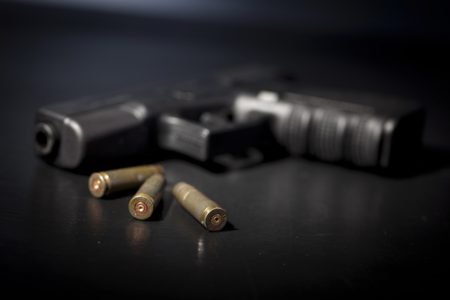 Wednesday morning, Omaha law enforcement responded to calls reporting a potential school threat at McMillan Magnet Middle School. However, upon further investigation, they determined the school grounds to be safe.

It began with a call from a mother. Her child, approaching the school, reportedly saw another student wielding a firearm near the portables. In response, police arrived at 3802 Reddick Ave to investigate. Five cruisers along with a K-9 officer pulled up to the school.

While they released no information regarding the potential school threat, notifications went out on social media.

Several parents expressed frustration at receiving the notice from social media before hearing anything from the school, or law enforcement.

McMillan Magnet Middle School sent a letter to parents addressing the delay in communication. Signed by Principal Monica Green, the letter said, “In an effort to maintain the integrity of the investigation, communication to families was delayed.”

The parents’ response to the social media notification exhibits the omnipresent stress among parents in the United States. Last year nearly averaged one school shooting per week in the country. While most amount to only a few injuries, the frequency of violence perpetrated using a deadly firearm has prompted many schools to take action.

Across the country, schools engage in active shooter drills. Their intention focuses on student preparation. However, many now call their retirement. They argue drills do little to prepare students. Furthermore, they traumatize students by simulating the chaos and violence of a shooting.

Some have reported teachers being pelted with rubber bullets in drills often carried out without advance warning.

Additionally, some students have faced increased scrutiny from staff as a result of being flagged. Newly introduced administrative apparatuses permit teachers and students to report subjectively alarming behavior exhibited by isolated students. Subsequently, the school subjects these students to invasive searches, check-ins, and surveillance, more often further isolating the student than eliminating any threat.

Still, nervous tensions continue to prompt the adoption of such measures, influenced by the insidious normalization of random violence.