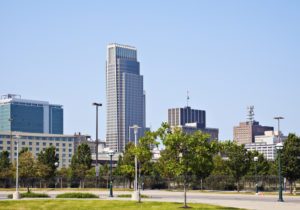 In February, the tragic incident had occurred in Parkland, Florida that had a lot of students afraid to go to school everywhere else. Multiple shootings have also occurred since then in different states.

The students who survived the Parkland shooting have hit the road trying to spread a message.

They have been making stops at different cities in different states all over America.

Today, they are visiting the city of Omaha in Nebraska. Their new movement is called “Road to Change.”

The students of Marjory Stoneman Douglas High School have a goal to spread their message to as many young Americans as they can. They want to encourage the younger generation to be more informed and involved with the country’s politics. Especially voting.

Their movement comes after the “March for Our Lives” movement that came after a different shooting that happened in a Florida high school. The worst part is that it happened on Valentine’s Day.

The “Road to Change” movement is strictly against gun rights and plans to raise more awareness to have stricter gun laws in the U.S. They also discuss a lot of other school shootings that have occurred in America.

The meeting today will be held at the Hilton. Indivisible Omaha will also be hosting the event.

During the meeting, the survivors will talk about their experiences, share their opinions, and answer any questions anyone might have.

The whole team wants to inspire and encourage everyone to get registered and vote to make a change for our country.