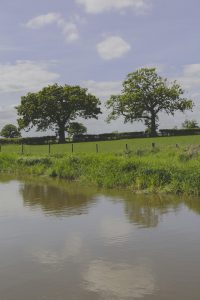 Omaha’s newest lake and park will be the new place open to residents starting June 27. NRD- Natural Resources District has been working on their biggest project, the Flanagan Lake, for nine years. The project cost around $44 million. This is the biggest project the NRD has ever done.

The Flanagan Lake is located by 168th and Fort Street. It will be open to the public at 10:30 AM on June 27. For those who love to start their weekends off fishing, cycling, or even just walking outdoors, the lake is the perfect place for all of those activities. It is a 220-acre lake along with 475 acres of land. Besides being a place for families to gather, the lake is actually a flood-control reservoir. The NRD’s goal for this project is to prevent floods from causing damage to locals and their homes. There will be games with prizes and a ribbon-cutting on the day of the opening.

Even though the Natural Resources District began the Flanagan Lake project, they are now turning it over to the City of Omaha to take over the park and lake. The city had an agreement with NRD in 2012. They agreed that once the project is done, the city will take over and name the location. There were a few suggestions from residents on what to name the park and lake. Some argued on naming it after Dr. Susan La Flesche Picotte. She was the first Native American to get a medical degree and become a doctor in Omaha. Others argued on naming the area after Father Edward Flanagan who was the man who found Boys Town. After lots of arguments, the board agreed on Flanagan since a park named after Susan Picotte exists already.

This project will be the biggest one yet and the residents are impatiently waiting for the opening day. So, if you’re a fan of the outdoors then Flanagan Lake is the perfect place to spend the day. Whether you enjoy nature or want a nice picnic at a park, the lake is enjoyable for everyone and only a few minutes away!

Watch Out for Semi-Trucks on Winter Roads