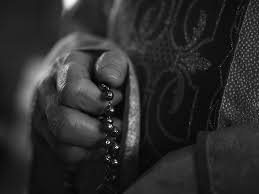 On Friday, the Roman Catholic Archdiocese released a list of 38 priests and other clergy members accused of sex abuse. The state’s top prosecutor made a request that prompted the move.
24 of the priests were under the control of the archdiocese when the allegations of sexual misconduct arose. Since then, all of the men have either died, or the archdiocese has removed them from serving. At least two men served sentences for molesting children.

The archdiocese also submitted reports on 10 other visiting priests and four deacons. Omaha Archbishop George Lucas said that he was “deeply saddened” over the news that priests had committed sex abuse and apologized to the victims and their families. He asserted that no one has accused currently serving members in the archdiocese’s ministry of sexual abuse allegations. 132 priests and 215 deacons presently serve in the archdiocese. Lucas acknowledged a “pattern of failure” by church leaders and promised future transparency.

The allegations date back to 1956. However, no cases were reported prior to 1978. The archdiocese said that 34 of the 38 names submitted had offended before 2002. In that year, the U.S. Conference of Bishops initiated a charter that requires U.S. dioceses to protect children from abuse.

The public can view the list of accused clergy at report.archomoha.org. The list includes John Fiala, who in 1996 left the Archdiocese. The church ordained Fiala in 1984. Fiala molested a teenage boy and then attempted to hire a hit man to kill the victim. In 2011, the archdiocese paid a settlement to the victim. The archdiocese did not disclose the amount of the settlement.

The archdiocese said it will update the list if it receives additional substantiated allegations. In addition, it will conduct a forensic audit of its historic clergy files.