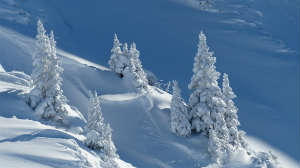 OMAHA, NE – On Monday morning, Omaha broke a new record! The city has reached a record-breaking negative seven degrees. The National Weather Service established that this breaks the old record of minus two in 1965.

The cold is supposed to continue through the week. The temperature will not rise above low 20s.  There is also potential for flurries throughout the next couple of days.

As a result of extreme weather, there is a safety hazard. The Nebraska State Patrol closed off the I-80 near Greenwood Monday morning because there was an accident. The one-vehicle incident resulted in a fatality. The highway closed at 8 AM and reopened at around 12 PM. Refreezing along the I-80 caused many problems between Omaha and Lincoln.

During the weekend, seven to ten inches of new snowfall in the metro area. This causes trouble for some people during their morning commute. In some residential neighborhoods, about 10 inches of snow was recorded.

Interestingly, Omaha reacted strongly to the record-breaking snowfall. Classes were canceled because of the snow. Also, trash pickup was canceled on Monday. Throughout the week, crews have been plowing snow to clear a driving lane.

The weekend storm was a severe one. The blizzard conditions are unlike any storm Omaha has seen before. Nebraska wasn’t the only state that had extreme weather, other states were hit with extreme weather as well.

Although conditions are steadily improving, the storm continues on. Flurries are on the radar for the upcoming week. Care is advised while commuting and travelling. Hopefully, there are no more record breaking storms in Omaha.

MMJ Should Be On Ballot Says Secretary Of State