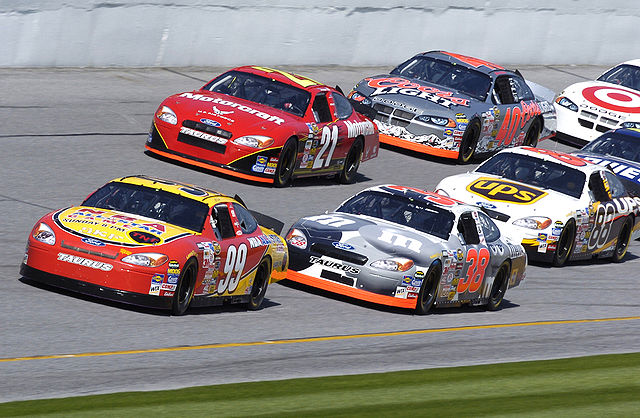 Can you name some of the most accomplished NASCAR Drivers of all time? Go ahead and pick the four names you think rank at the top of the list. Then compare below to see some crazy stats! These guys just win, win, win.

Top 4 NASCAR Drivers and Their Victories

Jimmie Johnson hails from El Cajon, California. He fell in love with racing at the age of four. Thus began a lifelong passion and successful career. He won Rookie of the Year in several racing series before he eventually switched over to NASCAR. Jimmie Johnson was the first racer to collect five consecutive championship titles. In the other four races of his first nine seasons with NASCAR, he placed in the top five point standings. He is the only driver to qualify for every Chase for the Sprint Cup. In total, he has 55 career wins and 25 poles. And he’s still driving!

Dale Earnhardt was born in Kannapolis, North Carolina. Racing ran in his family, as his father was one of the best short-track drivers in the states. Despite winning a NASCAR Championship in 1956, Ralph Earnhardt did not like the idea of his son pursuing a similar career. Still, nothing could keep Dale away. He amassed seven titles and 76 Cup wins throughout his career. Sadly, he died in a last-lap crash during the Daytona 500 in February of 2001. He lives on in the NASCAR Hall of Fame as of 2010. You may know him as “Ironhead”, “The Intimidator,” or “The Man in Black.”

David Pearson lived the first part of his life in Spartanburg, South Carolina. Many of his contemporaries considered him the be a “model of efficiency.” Friends and fellow drivers described him as being not-too-flashy but very, very fast. When Pearson showed up, he won. He totaled 105 victories throughout his career. Even running a partial schedule, he took home three Cup titles (’66, ’68, ’69). He came out with 113 pole positions, second only to one other man. Of the man that beat him in this regard, Pearson said: “I always felt that if I beat him I beat the best, and I heard he said the same thing about me.”

Maybe you already knew Pearson was talking about Richard Petty. Petty had similarly kind things to say about Pearson. “It didn’t hurt as bad to lose to Pearson as it did to some of the others, because I knew how good he was.”

Rick Petty was born in Level Cross, North Carolina, to a NASCAR legacy family. His father, Lee Petty, won the very first Daytona 500. Richard Petty’s son, grandson, and brother all drove as well. Being so surrounded by the NASCAR bug, is it any wonder that he was such a pro? Petty took home seven Cup championships, 200 Cup wins, and 123 Cup poles. He has the most wins in a season (27), most career starts of all time (1,027), the most consecutive wins (10), and the most Daytona 500 wins (seven).

So if you were wondering why so many fans call him “The King”, now you know.

Trucking Owner Sets Out to Help Nebraskans Deal with Flooding

Why is Shipping My Oversized Vehicle so hard?