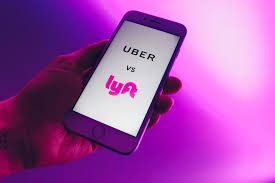 OMAHA, NE – According to Omaha police a Lyft driver made a threat to kill his passenger while he ran after the woman and tried to clutch her.

Detectives say that Joseph Kujath, 34, was charged with a single count of making terrorist threats. Presently, the accused is being held at the Douglas County Jail where he’s being detained on $250,000 bail.

“We want to make sure that person, if the allegations are accurate and true, can’t do anything to anybody else,” Douglas County Attorney Don Kleine said.

The Omaha Police Department said that during their interview with the 24-year-old woman who called in the attack, they noticed she was “visibly shaken.” Luckily, she reacted quickly by using pepper spray and was able to fend off the enraged driver.

Based on police records, the victim left a Midtown bar at approximately three in the morning on August 24. She then ordered a ride home through the Lyft app and was picked up by a black Chrysler 300 driven by the suspect.

Court records indicate that once they arrived at the woman’s home, Kujath supposedly got out of his car, followed right behind her and threatened to kill her.

Law enforcement as well as the prosecutors view the nature of these threats as indicative of a “very dangerous” individual.

The Douglas County Attorney Don Kleine took the opportunity to urge all ride-share passengers to consider carrying some kind of protection. He went on to say that since passengers don’t know the person escorting them around then it’s wise to carry some form of protection.

In this situation, the pepper spray temporarily blinded the suspect so he couldn’t snatch the woman. Consequently, he got back into his car and drove away.

Omaha police were able to track Kujath’s car back to his apartment where they found his eyes red and swollen up.