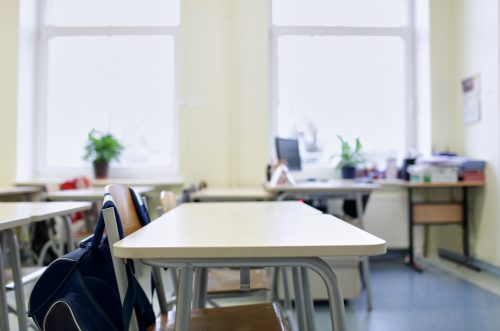 LINCOLN, Nebraska — A Lincoln high school briefly went into lockout mode Wednesday as the FBI and police investigated a tweet threatening to shoot up a school.

A lockout means that no one can exit or enter the school. Lincoln East High School went into a lockout for roughly 12 minutes Wednesday afternoon after an Omaha FBI agent noticed a threat posted on Twitter and contacted the East High school resource officer, according to police.

Police thought the profile picture attached to the Twitter account was a former East student, sending the school into lockout mode as a precaution. After a small investigation process, police eliminated that person as a suspect.

In the tweet, the teen wrote, “Im gonna shoot up my school.”

The case will be reviewed whether to bring charges against the teen.

The principal of Lincoln East sent a letter to families Wednesday notifying them of the threat and the school response.

“Safety continues to be our concern right now and we appreciate the response by students and staff to our lockout. We are working with the students and community that when they hear or see, it is ‘safe to say’.”