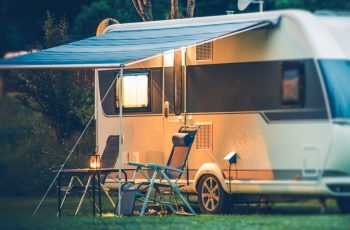 LINCOLN, Nebraska — Nebraska campers may likely pay more to hang a hammock, make a tent or put electricity in their condo-on-wheels at state parks in the next year.

At the meeting of the Nebraska Game and Parks Commission, a voting will be on-going for a campaign and indoor lodging fee increase. The meeting will take place on Friday in Kearney. An estimated amount of $2 million is generated by the higher fees that will help the agency to fulfill the demand for upgraded campgrounds which is done by the recent sales increase of RV in the USA.

According to Jim Swenson, administrator of the park division, “The most heard comment for the park is, “The park needs more campsites which will include connections as well.”

The park officials have recommended that the commission increase the cost of a primitive Tier 1 tent site from $8 to $10 while charging $35 for full-service Tier 5 sites. Swenson also wants the ability to add a $5 or $10 additional charge to designated “prime” sites.

“I hope that they will not get carried away with the charges,” said Norm Richardson, leader of a group called Nebraska Good Sam.

Swenson expected the fee growth to trigger a decline in annual parks visitation, which is currently estimated at 12 million.

The RV Industry Association says they have had increases in demand from millennials who are snapping up. The agency wants to make pricing as consistent as possible in Nebraska.

The fee rising can also include cabins, lodges and meeting rooms at the state parks like Ponca, Eugene T. Mahoney, and Fort Robinson.

And about campers, who are planning to bring horses, they’d pay an extra $5.

Not safe in Omaha Anymore? 9 Shootings in Just 48 Hours