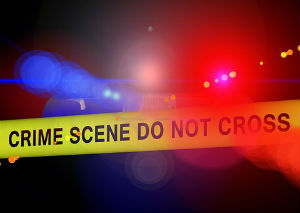 Omaha, NE – Omaha police are on the hunt for two men who broke into a home and stole in excess of $2,000 worth of goods. Unfortunately for the burglars, the entire incident was captured perfectly on camera.

The men illegally entered the home located near 15th and Martha streets. In fact, the homeowner, Adam Hosler, returned to the home and immediately noticed the front door had been damaged.

Hosler said, “The front door knob had been broken off. We had one of the lock boxes on there. They apparently broke that open and got the key out of it and apparently used that on the back of the door to get in.”

In the incriminating video, the men rifle through items in the house then eventually carry Hosler’s belongings to the back. As it turns out, many of the items taken by the thieves happened to be tools, because the house is being remodeled.

The video shows one of the men serving as kind of like a cover guy. Moreover, he stood at the back door like a lookout. At least, this was Hosler’s interpretation of what one of the men was doing in the video.

However, the man must not have been the greatest lookout as he neglected the sign indicating that cameras were inside the home.

According to the police report, the men proceeded to try to break into several nearby homes. In fact, one of the houses door was kicked in, but the structure was empty of any items altogether. Still, another home had a gaping hole in the garage with a lock yanked of, nevertheless, the men took none of their belongings.

The Omaha Police Department urges anybody who knows the men to call them right away.