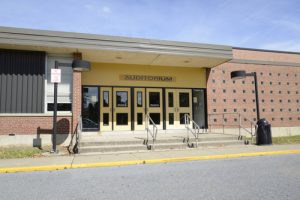 Two years ago, a 9-year-old boy was involved in a horribly bullying case that ended up with a lawsuit against Westside district.

Even though the boy was taller and bigger than most of the kids his age, he was getting bullied, and not in a regular way.

At the time, the boy was attending Prairie Lane Elementary School in Omaha, Nebraska. A fourth-grader would always bully and harass the boy until his parents, Edward Birckhead and Pei Chun Chen, went to the school and complained. They also asked the two get separated to end the bullying.

However, the school did not separate them and the bullying continued.

One day, the fourth grader took a needle of a bike pump and stuck it into the boy’s ear. He pressed it so hard that it caused damage to the boy’s ear. When the incident occurred, the boy was left with ringing in his ear.

This year, the boy’s parents opened a lawsuit against the Westside Public Schools. In their argument, they had tried to address the bullying issue to the school and asked for the boys to get separated but Westside administrators did not do anything.

The parents are asking for at least $100,000 in damages. The boy still has some ringing in his ear until today, as well as hearing loss, and a damaged eardrum.

A spokeswoman for Westside district, Brandi Petersen, claims that the district will battle the case against the parents’ claims in court.

The attorney representing the boy’s case argues that the boy has permanent damages in his ears according to his doctors. He will never gain his hearing back.

The demand letter that was submitted for the lawsuit by the parents states, “The then-10-year-old boy had been bullied for many months before the May 2016 incident.”

The parents also claim they visited the school in December of 2015 to talk to one of the counselors at the school about the bullying issue. The boy’s father also spoke to one of his classroom teachers to separate both of them from each other to stop the bullying.

However, “Neither Westside nor any of its employees acceded,” claims the attorney. “…Westside allowed this to happen,” he continues.

The lawsuit will be taken to court soon where the parents will have to fight the case against Westside district.